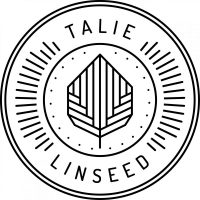 In 2018 Est.1761 commissioned Salford Makers, to seek out the hidden and neglected stories of those women in the Bridgewater Archive Collections.

For the Who’s That Girl? project commission, lead artist Sally Gilford worked closely with historian, Mark Charnley and carried out research into various archives and collections across Greater Manchester to uncover stories of the hidden women on the Bridgewater Canal.

Natalie Linney collaborated with Sally Gilford to created work in response to Flower Parties held by women the early 1900s. Groups of women would organise gatherings on the canal, which were referred to as “flower parties”. These occasions were in fact a cover for women to come together and drink alcohol. The public consumption of alcohol by women was considered socially unacceptable and laws were even passed in court to try and prevent women from drinking in public houses.

The two textile artists came together to create textile pieces in response to this by taking plants that are used in the alcohol making process such as hops, barley and sorgum to create designs using natural dye, gelatin printing and screen printing. Together they have produced a range of silk scarves with screen printed detail.

Going through my photos trying to remember all the

Holiday colours. Its so great to be able to see t

Here are some of the highlights from last summer w

#Repost @cheddar_gorgeous --- Have you ever heard